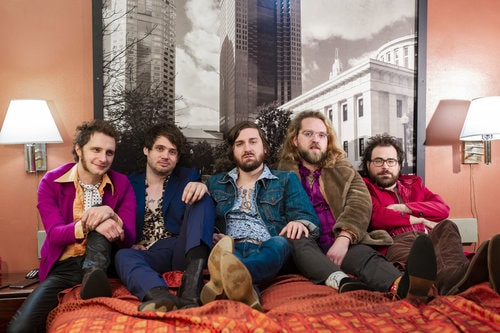 2017 brought the release of the band’s full-length debut “Hound Dogs” – recorded at Amish Electric Chair Studios in Athens, OH. The 10 song album is both evocative and hook-filled, with winding ’70s-inspired riffs and “… a pinch of the Ryan Adams / Whiskeytown influence that touches the heart of this new generation of troubadours (Cleveland.com).”

The Outside Voices released their 4-song follow up, “Big, Big EP” in January 2018. Each song uniquely different from the next, the group made a concerted effort to branch out creatively from their previous release, introducing elements of pop, grunge, and psychadelia to their ’70s inspired sound.