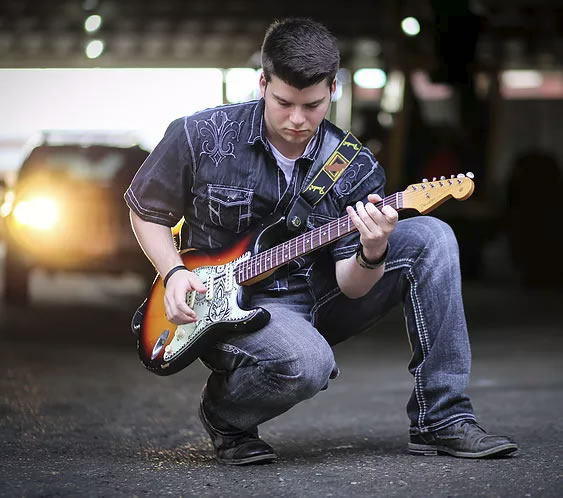 Guitarist, singer, and songwriter, Nate Lupi, began to play at the age of 10. After hearing

Stevie Ray Vaughan and Eric Clapton, he soon realized he loved the blues and that bringing live music to an audience is what he wanted to do.​

​Nate is a Representative for the Northeast Ohio Blues Association and performed at the 2018 34th annual International Blues Challenge in Memphis, TN. He is a two-time recipient of the prestigious Louis Armstrong Jazz Award, voted a finalist in the Canton Repository’s 2017 Best Local Live Act, and was named the 2017 Favorite Musician by “Readers Picks” in Canton’s About Magazine. Nate is enormously grateful to everyone who has supported him and live music.

His first CD comprised of original music titled “Making A Mark” was released in December 2017.